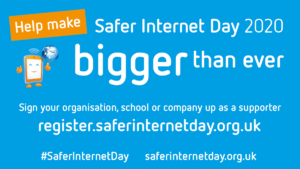 Destination Space will be supporting Safer Internet Day with an event hosted by Police Scotland at The Antonine Shopping Centre. More information on internet safety can be found at www.saferinternet.org.uk

The Rise of Pop-Up Shops

Since the recession, with retailer failures high and voids common, pop-up shops have become an integral part of the commercialisation mix – it is expected to be the biggest growth area for Destination Space – and they are often more experimental than their mall-based counterparts.

Jones Lang LaSalle has a rolling pop-up strategy but, as with most shopping centre operators, number, frequency and time open depends on the void rate.

“Landlords are looking at their pop-up strategies more and more with dedicated people being hired to work solely on short term lets,” says Walker. “They are putting a lot more thought into it, more than they ever did before and putting the weight of a marketing and PR push behind it.”

In what may be a first for the industry, the team at Liverpool One has decided to take a unit out of use to be used full time as a space for pop-up shops, initially on a 12 month trial.

“We’re blessed to have very little vacancy and when we do have a void we can fill it quickly but it’s good to have short term change and pop-ups allow for that refreshment,” says Miles Dunnett, head of asset management at the Grosvenor Liverpool Fund. “We’ve made a conscious decision to keep this unit back and it comes at a cost to us. But variation provides an interesting environment for visitors; we believe it will be an unusual point of difference, something that sparks visits and encourages people to return.”

The unit is expected to be up and running by February and Dunnett is hoping operators will tie into local and national events – Valentine’s Day, Easter, the Grand National and to dovetail in with exhibitions and events at Tate Liverpool and the city’s Echo Arena – and no one pop-up will be open for more than a month.

Reflecting Grosvenor’s work to ensure no two visits to the centre are ever the same, Liverpool One hosted Asparagus Patch, the UK’s first pop-up asparagus restaurant, to coincide with the British asparagus season in May last year. Open for a month, it was run by a local farmer from Claremont Farm in Wirral, showcasing his own produce and offering a menu with various fresh takes on the vegetable.

The team worked with Andrew Pimbley, the farm’s managing director, to create a purpose-designed space in a 1,755-sq ft unit. Dunnett says they created a “truly special experience” and they could be back in the summer, this time selling strawberries, and potentially to coincide with Wimbledon.

Another pop-up success last year was the Harvey Nichols Foodmarket. Back for the third year, it stocked a wide selection of luxury hampers and gift sets, gourmet treats, wines and its new Riot of Colour own-label range.

Dunnett and the team will be looking to capitalise on examples of quality and uniqueness similar to Asparagus Patch and the Harvey Nichols Foodmarket but they will be careful not to tread on the toes of the in-line tenants.

“For our long term tenants who trade all day long, all year round it’d be unfair to cannibalise their offer, especially during the Christmas period,” says Dunnett. “We’ll hold tenant meetings and we’ll make sure the pop up operators complement our existing retailers all the way through the year.”

Although some may draw a distinction between the traditional idea of commercialisation and what Land Securities have done at Trinity Kitchen, because the pop-ups form part of a wider and specially designed concept area, it has made waves in demonstrating what can be done to accommodate churn even when a centre is 100 per cent let.

And, as with any form of retail-based commercialisation, operators should complement the long term tenants, as any direct conflicts with the in-line tenants risks damaging performance.

As for the future of retail-based commercialisation, Walker thinks it needs to become part of the wider picture. “Commercialisation can’t be looked at in isolation and our strategy is to link it with other strands of our business such as research and marketing,” she says. “Not everybody sees it that way but we are beginning to see a change.”

RMUs, kiosks and pop-up shops are playing an ever important role in diversifying a shopping centre’s offer, plugging gaps in the retail mix and showcasing products and services that excite the shopper while complementing those of the in-line tenants.

Commercialisation activity is likely to increase this year. With a marked increase in shopping centre acquisitions, Carl Arrowsmith, Business Development Director at Destination Space, predicts the focus on RMUs, kiosks and pop up shops will be even more important as new landlords seek to add value to their newly acquired assets.

And with a well-executed commercialisation strategy comes rewards beyond income generation as Nancy Cullen, chief operating officer at SpandandPeople, explains: “Implementing a cohesive on-mall strategy that complements the existing retail mix and is targeted at the venue demographic is one of the fundamental ways in which to differentiate one centre from another,” she says. “The retail mix in many centres is fairly standardised throughout the country so differentiating with unusual and unique merchandise on kiosks and promotional activity keeps a centre top of mind to shoppers.”

With a continued focus on commercialisation, now a mature concept in the UK, shopping centre operators and their agents are becoming more and more discerning about quality, pouring energy into finding the right uses for the right spaces.

With many centres choosing quality over quantity, Destination Space has moved towards working with a smaller number of high quality kiosk operators over a large number of clients with varying levels of standards, replacing shabby RMUs with new modern kiosks that are made for purpose.

Jones Lang LaSalle’s Kaye Walker agrees: “We look for quality but that doesn’t necessarily mean a high price point. On-mall commercialisation has to be well merchandised and presented and part of that comes down to RMU and kiosk design. Increasingly, commercialisation plays a part in a centre’s individual brand and bespoke kiosks are winning out over traditional RMUs because they can be adapted to avoid sightline issues and offer more flexibility.”

Started by husband and wife team Michael and Ann Haines who both gave up jobs in senior management for a brave new life in the retail sector, Victoria James began trading from an RMU in July 2011, which the couple saw as a springboard for their fledging business.

After five months of exceptional trade they moved into a small 400-sq ft shop. And less than a year later, in September 2013, they moved into a larger 952-sq ft unit, encouraged by growing customer demand. The move enabled Michael and Ann to almost double their range of accessories and furniture, providing even more choice for customers, and as a result, turnover doubled.

“Victoria James’s rapid and successful expansion is extraordinary and very encouraging news for both the store and the centre,” says centre director Chris Jones. “Perhaps the key to Michael and Ann’s success is sourcing products which one can’t easily find elsewhere in Telford. This undoubtedly makes the store a popular destination with shoppers looking for that special gift.

Arrowsmith has seen a marked decrease in gold buying services on the mall because of a saturated market, but electronic cigarette operators are taking up those voids, and have represented the growth in mall revenue generation in 2014. And he expects further growth this year, with a big drive in product improvements and product marketing across all media formats.

Fresh from the blog